Pigs naturally cluster in groups when they are resting and calm. They seem to take turns moving about as individuals. It doesn't take the group long to learn from the discoveries of the individual. The individual sounds an alarm, finds feed and water, checks the fences, attacks the weak, and fights the intruder. This has led me to an observation about people.

One observation is that there are two basic kinds of social activities. There are pioneers and there are settlers.

The pioneer is the individual that, to borrow a phrase from Star Trek, "Dares to go where no man has gone before". He is the curious one that is on the outer edge of the societal group. He is trying new things, getting into trouble, exploring, building, and in general is a restless soul that is internally motivated to seek out new things. Neil Armstrong with his "one small step for man, one giant leap for mankind" statement as he first stepped on the moon, exemplifies the pioneer spirit.

Settlers are more numerous and follow behind the pioneers. Settlers move as groups. They organize groups into social structures that provide safety, focus, and purpose to the group. The Pilgrims seem to be a good example. They came to the Americas and set up a society that provided safety, focus, and purpose. They came as a group, lived and died as a group, and are forever known as a group ( The Pilgrims).


A second observation is that both the pioneers and settlers have a very important role to play. Looking at pigs I learn that the lone pigs (the pioneers) will be the first to investigate and warn of danger. The pigs in groups (the settlers) are the safest and most comfortable.

What does this have to do with Republicans and Democrats?

I see Republicans as viewing the world first and foremost as pioneers. They celebrate the individual. They exalt in the freedom to explore, to investigate, to do new things. And they tend to live and die by their success or failings as individuals.

I see Democrats as viewing the world first and foremost as settlers. They celebrate the group. They see the value and strength of a group. They know that a group that stays together, best protects the individuals in the group.

I see both as necessary and equal. Not as one is right and one is wrong. Without Columbus (the pioneer) the Pilgrims (the settlers) would never have sailed. Both are needed and essential to a strong society.

To me this has been the great success of the constitutional republic known as the United States of America. We have a society that has exalted the individual (pioneers) enough to encourage and free them to go and explore, investigate, and do new things while at the same time recognizing that these activities are part of a larger group (settlers). The pioneers are constantly stretching and pulling against the organizational rules of the settlers and the settlers are constantly trying to come along behind and organize the new discoveries of the pioneers into safe communities and structures.

The great political debate of our time is, "Where is the proper balance of these two forces?" I spoke of the strength and usefulness of balanced forces in my earlier blog about bridges.

I realise this whole discussion is based off stereotypes  and becomes very difficult immediately upon closer examination of individual people. The pioneers act like settlers and settlers act like pioneers. Republicans recognize the value of groups and Democrats the value of free exploration. For me at least, I am pulled internally first one direction then the other. I resort to the stereotypes to help view the issue from a general perspective.


When the president said, "If you have a business, you didn't build that, somebody else did..." or whatever the exact quote was. What happened? The pioneer in each of us jumped up and objected very stridently, pointing out that we had gone where no one else would go, had taken the risk, and overcome the troubles and challenges. The settler in each of us  jumped up and cheered that someone would stand and represent the group's contribution to that effort in creating a stable and safe society.

President Obama: You didn't build that somebody else did

Neil Armstrong went to the moon individually, but he stood on the shoulders of a society to get there.

All of this brings me to the question I have wrestled with in my understanding of the Christian view of the Church, "Does God deal with man as individuals or as groups?" or "Is God primarily righteous and just or primarily loving and gracious?" These forces are pulling against each other also. But that will have to wait for another day.

Maybe I have been spending too much time with my pigs? What do you think? 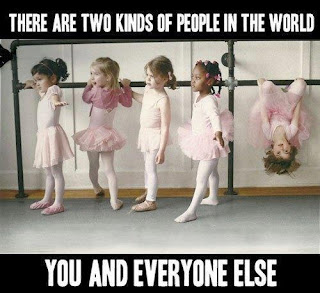