I said goodbye to a long time employee, friend and adviser today.

After 20 years of employment with me the day finally arrived when his job was eliminated. But that is not today's blog.

He never did say "hello" or "goodbye". I would just look up and he was at work or gone. Like a faithful ghost he moved about doing what had to be done. Many times seemingly avoiding contact with anyone. So today, despite having buried my mother this morning, I made it my point to be present when he left for the last time.

Would he stop and converse? Did he want a thank you? Apparently not. I returned to the office area to find him gone. It must have been bothering him alot though. He left his lunch box behind. 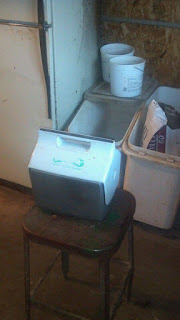 How strangely sad it is to stand and look at a forgotten lunch pail. Will the owner be back to get it? When? Why was it forgotten today?

This has been a week of deep "goodbyes" for me. Some how this lonely lunch pail touchs my heart in a way I can't express right now.

Life. It just moves on with no concern for any man.

Posted by charles wildman at 1:33 PM No comments:

The following is a copy of the eulogy I presented for my mothers memorial service 12/14/12 at the First Presbyterian Church in S. Charleston, Ohio. I repost it for those who are interested in a copy or who were unable to attend. I have added photos for visual interest and explaination but resisted the urge to tinker with the text. I always think of changes I would make after a presentation is concluded.
**************************************************
Big point: each of us nailed Christ to the cross


Sub-point: each of us nailed mrw to the cross…she bore that suffering graciously


Strategy: use Nanna’s (Nora's) life as a mirror to reflect Peg’s life in
Goal: to allow people to examine the meaning of my mother's life and come away seeing the Cross of Christ 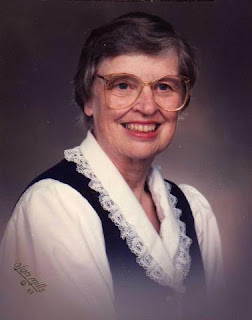 
Every generation has it’s unique ways. The current generation is very social. We hold memorials on facebook, we tweet the latest news of the day, we call, we post, we picture. Privacy and secrets are not cherished possessions, they are deemed suspect by their very existence. My mother was not a member of this generation. She did not think this way. Though she had come to assume that what she saw on the news, I already knew from my social connections, she never adopted the very public attitude of this current generation. To her, secrets and privacy, were things that could be for everyone’s good. They were to be protected and cherished.  As we reflect on her life, its meaning, and how it affected us, we need to keep this truth grasp tightly in one hand as we fiddle with the pages of her life with the other.


Allow me to explain a little more.


There are words I have heard often to describe my mother during the past few days.


Unique, special, cherished, leaves a large empty spot, one of a kind, inquisitive, a quiet presence


During her life, one of her personal favorites was , “You may not always agree with Margaret, but it won’t be because you don’t know what she thinks”.


We each knew her and have some word or phrase to describe her in our memory.


If our lives paint a canvass, mom’s was a full blaze of color. Reds and yellows, bright blues and yes a touch of black for definition…. She always favored that blasted burnt orange brown. I bet I will never see that color without thinking of her….. Please listen as I fill in some of the background colors that form the canvass of my mother’s personality and life. (All of this is repeated as accurately as possible though as with any oral history there are likely other versions of the details.) 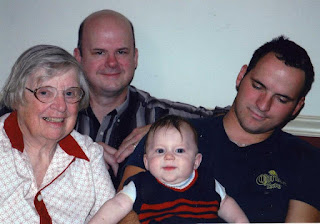 
Margaret was born the second of two children to George and Nora Richards. George was a northerner, Nora was a southerner. You see, the Mason Dixon line ran down the center of the river that divided their town. When her marriage of 50+ years ended with the death of her husband, Nora was told that her husband could not be buried in a southern grave because he was not a member of the family.


My mother, Margaret, (Peg) named herself. Apparently, at the time of her birth, relatives had strong opinions of what mom’s name should be (Willie Bear, Ida Belle) so Nora never named the child. She is known within the family as, “sister”. The child chose “Margaret” for her name. Peg really wasn’t her favorite.


Nora grew up in the roaring 20’s in a priviledged family, enjoying many things unheard of in her day, a private women’s college education being one of them. All this priviledge disappeared during the depression and the rationing of WWII. I never heard a word of remorse or concern leave Nora’s lips or be repeated to me in any of the family story telling. A love of money and status, a spirit of whining and complaining, were not in Margaret’s upbringing.


Remember, Nora married a northern. She knew the feelings of her family and when she did that. She moved anyway. Quietly, assertively, she moved forward by the strength of her own will. Margaret grew up in and as a descendent of this crucible of steadfastness.


You can well imagine that Nora’s personality attracted sharp disputes and the accompanying heartache and pain. Nora took many of these heartaches and pains, dating back generations, secretly and privately to her grave. She never told what she knew of some things, she wanted those things buried with her. It was her cross to bear. It was her way of bearing the burdens of others, of considering them more important than herself. Like her Savior, Jesus Christ, she took the hurt and pain inflicted on her by those that loved her and bore it quietly from this earth. This action was not overlooked by Margaret.


It is my belief that you will find George’s head stone on a northern grave. It is a gambler’s guess where his ashes are.


Study the family photos at your leasure. You will see that Nora never cut her hair while George was living. He would not have his wife dressed as a harlot!  Study further and you will see that Margaret got to college and got a stylish trim and lipstick. Nora turned white as a ghost for fear of George’s reaction and George didn’t speak to her for,….. was it weeks? The haircut was never spoken of.


Upon her college graduation Margaret took a fine and well paid position with the USDA in Beltsville Maryland. Imagine George’s reaction when, a year later, she quit her job and along with a female friend boarded a train for the west. She/they ended up in Colorado Springs designing kitchens where she would meet my father who was finishing his military service to the nation. Keep in mind, she is doing all this in the ‘50’s. This is not the well established path that nice ladies followed in that day.


Do you hear the echo in the room.. Nora married a northerner?


Do you start to see the colors of the background canvass that was my mother’s life?


Like her mother before her, her thoughts, words, and deeds sometimes placed her in a position of sharp conflict and pointy debate with people. It is part of the color of the canvass of her life.


I say these things, not to excite the demons of past conflicts, or to rebirth the actions of days gone by, but to help us begin to see the truth of the cross, the actions of the man that hung on it, and how that played out in my mother’s life.


I know of no one that mom bore a grudge against. I know no one that she wanted to return evil to in any way. If those feelings existed, she took them secretly and privately with her to the grave as a cross she could bare for the future generations. Those things are gone and shall be forgotten. You will not find them on Wikipedia or ancestry.com.  As far as the East is from the West, they are gone. As Christ gave willingly to us when we did not deserve it, mother attempted, within her human shortcomings, to give good to everyone.


Some of the actions and gifts she gave were quite hard, sharp, and pointy, others were wrapped in generousity and concern, but every action and word was intended for other’s good and not harm. She cared not for wealth and priviledge, returning in her widowhood to the simplest life she could craft. Her words and deeds she saw as a natural part of living out the cross of her Savior, Jesus Christ, who took on himself pain and suffering He did not deserve, so that we might have a Holy Spirit. A Holy Spirit who works in us for our good, with lessons and gifts that are sometimes sharp and pointy and other times wrapped in generousity and concern.


So as you ponder the canvass of my mother’s life in the coming days, enjoy the bright colors, grasp tightly in one hand the knowledge of which generation she was from and fear not the dark lines and shadows as you turn the pages with the other.  I hope you will be able to conclude with me that her's was,… “a life well lived”….. May God bless you.
*************************************************
post script:
Since making this presentation I have been reminded that I personally accompanied Margaret to the Southern grave yard in Sanford, Fla.. Sanford is a town that was platted (surveyed) by Nora's father or grandfather Gibson. My mother was delivering Nora's ashes for burial. It is unclear whether George's ashes went along or not. It is reported that other family members have personally seen George's head stone in W. Va. (Beckley or Luke).
I had this poem ready for the projection equipment but didn't use it. I thought it represented the attitude of Margaret's generation toward the hurt and pain that comes with life. 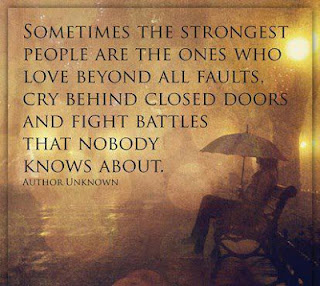 The memorial service concluded with the serving of communion to all in attendence. If you look at mom's life, I hope you will come away seeing the Cross.
Posted by charles wildman at 11:49 AM 1 comment: