On Mergers, Foreign Ownership, Consolidation and Freedom in Agriculture

Smithfield purchased by the Chinese. JBS (Brazilian) buys Swift. Monsanto sold to Bayer (German). Trupointe Cooperative merges with Sunrise Cooperative. John Deere acquires Precision Planting. United States pushes for the Transpacific Partnership trade deal. Penton Media joined to Informa (British). The lists of major realignments in agriculture in recent memory is sizable. "What does an independent family farmer think of all this?" is a question I have been asked by the media and myself.

I have been guilty of just listening, shaking my head, and walking right on. Never stopping to ponder these events and their impact on my life since they seem far off and from a totally different world in scale and structure than the one I live in. I ask myself, "Who has that kind of money? Where would you get it? Why would you spend it if you had it? What does "...for stock, cash, and debt..." mean? Unable to comprehend how these things are done, I default to trying not to care.


Recently, I read an article in the Economist "The Consensus Crumbles" that has given me a framework to hang many thoughts on. The statement that comes back to me time after time is


"...These trade-offs create a “trilemma”, in Mr Rodrik’s view: societies cannot be globally integrated, completely sovereign and democratic—they can opt for only two of the three. In the late 1990s Mr Rodrik speculated that the sovereignty of nation states would be the item societies chose to discard. Yet it now seems that economic integration may be more vulnerable....".


While I don't propose to understand all that is presented in this article, it has provided a framework with which to examine some of these monumental realignments in a coherent order.


North Korea has tremendous national sovereignty. You don't dare set foot on their turf uninvited. But they have sacrificed international trade completely as a result. Recent News


An EU country can have tremendous trade with countries in the EU but they have surrendered sovereignty and democratic responsiveness to citizens to get it.


How does this play out in my thinking?


When Donald Trump says, "American workers have been getting a bad deal in these trade deals." I hear the word "Deal" in my head because to get more trade we give up something. To make a "deal" you give something to get something.  Most often it seems we give up some of our democratic voice in government to get additional trade, as the courts that rule on disagreements are now international in nature and not US. Take the MCOOL dispute involved with NAFTA for an example. The WTO forced the US to change US laws to comply. The US citizen lost democratic representation.


When I am encouraged to support TPP (Transpacific Partnership) because it will help trade, I have to wonder what the cost will be. I understand that the participants in these big ag realignments need international trade to sustain the companies. They are simply too big to be contained within any one political boundary. I still know instinctively that there is a cost. My trade associations and even the US trade representative side step the issue when asked and just complain about the opponents of Globalism. I know US agriculture needs trade...but we need a sovereign country also.


As Monsanto and Bayer combine I hear the drum beat of consolidation and international trade. Trade we just spoke about but consolidation is the other snare drum of the pair. The number of people that control the technologies of food production (an elite) just got smaller (more elite). When these things are controlled by an elite group that is not elected but hired I grow more nervous of losing my ability to act freely.


When you join an alignment you lose freedom. You will do things according to the alignment protocols/SOPs (standard operating procedures) or you will be punished in some way. The most recent example of this in my world is the Common Swine Industry Audit. While I am told there are safe guards to protect me from this control, I have to wonder, when the audit is written for the packing companies and paid for by the packing companies. This is a red flag warning of how an elite group can control me on my farm. 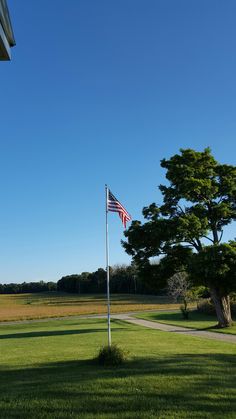 Even the recent karfuffle around standing for the national anthem hangs on this framework. To protest the National Anthem, a symbol of our national sovereignty, is to weaken us as a nation. It may be raising a democratic voice but it surely is costing the nation something.


The trilemma of trade, democracy, and sovereignty seems to be a useful framework as I ponder these things. What tradeoffs are being made? What trades should be supported? What trades should be rejected? These are the things that this farmer thinks about when I hear about these realignments in agriculture.
Posted by charles wildman at 3:27 PM